This afternoon, HB17-1279 gained unanimous approval from the House Committee on State, Veterans, and Military Affairs. The bill is expected to pass both chambers easily and be signed into law by Governor John Hickenlooper. 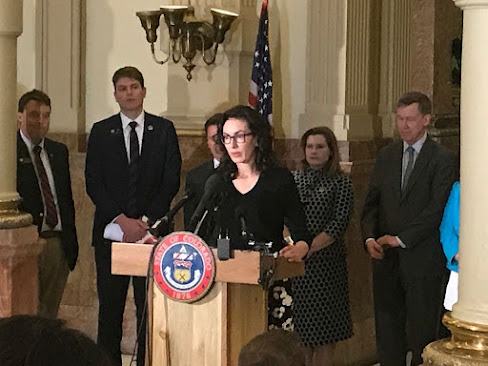 Proponents say that a bill is needed spur more condominium construction in the state. They contend that homebuilders have been reluctant to construct multifamily projects in recent years based on a perceived fear that small groups of homeowners can file lawsuits in the name of their community associations without adequate the consent of other members. A 2013 study found that quality control and insurance costs only reduce homebuilder profits by a small amount, but concerns about litigation have nevertheless prompted some construction professionals to focus on constructing apartments and other products.

Many of these arguments date back to 1991, when the General Assembly enacted the Colorado Common Interest Ownership Act. After hearing testimony that there were not enough building inspectors to keep up with the fast pace of construction in the early 1990’s, legislators empowered community associations to bring suit for construction defects on behalf of their members. Since then, homebuilders have repeatedly tried to roll back these protections and reduce their exposure to liability for defective work. In 2001 and 2003, the General Assembly enacted the Construction Defect Reform Act, which requires association boards to disclose a list of claimed defects and advise their members before filing suit. Some contended, however, that these changes were not enough.

Lawmakers rejected bills requiring binding arbitration and supermajority vote requirements in 2013, 2014, and 2015. Efforts to introduce a similar bill in 2016 fell apart. In 2017, however, the stakeholders were able to agree on a compromise that assuaged the homebuilders’ remaining fears while still maintaining adequate protections for homebuyers.

With several amendments made in committee, the 2017 bill establishes several new requirements for community associations. Before an association files a construction defect suit, it must first make certain disclosures and gain the approval of 51% of its members, subject to exceptions for properties owned by development parties or banks. The association has ninety days to hold a meeting and conduct its vote, and the statutes of limitation and repose are tolled during this time. The responsible construction professionals must be allowed attend the meeting and speak to the membership. The bill provides that its requirements supersede higher vote thresholds recited in covenants or local ordinances; this should add a new and important protection for homeowners.

Speaking today at the State Capitol along with Hickenlooper and others, Community Associations Institute attorney Suzanne Leff acknowledged that this was a compromise bill with sacrifices on both sides. Nonetheless, while it may not immediately change the landscape, HB17-1279 should finally end the argument that homeowner association boards are filing lawsuits without proper notice and consent. Now, the burden shifts to the homebuilders to make good on their promise to deliver quality, affordable condominiums to Colorado buyers.