ABA profiles me as construction mediator

I was honored this month when the American Bar Association's Forum on Construction Law profiled me as one of their roster of neutral mediators and arbitrators. Please click the link below to read more!

Yesterday, the Eleventh Circuit issued a blistering opinion ordering the dismissal of Donald Trump's latest legal absurdity.
Chief Judge William H. Pryor Jr., a George W. Bush appointee and former prosecutor, wrote the unanimous opinion, which held that the district court judge lacked jurisdiction to interfere with an ongoing criminal investigation. Because a federal magistrate had already found probable cause to search Trump's home before approving the warrant, there was no further role for the federal courts to play, and the district court erred by entertaining Trump's request to have a special master appointed.
The panel emphasized that allowing such an action would open up floodgates of lawsuits by every person who was the subject of a search warrant. Relying on established precedent of Richey v. Smith, 515 F.2d 1239 (5th Cir. 1975), the court summarized:

Anyone could make these arguments. And accepting them would upend Richey, requiring federal courts to oversee routine criminal investigations beyond their constitutionally ascribed role of approving a search warrant based on a showing of probable cause. Our precedents do not allow this, and neither does our constitutional structure.

The panel lastly considered whether to create a special new rule for former presidents under criminal investigation. The court declined, emphasizing that creation of a "special exception here would defy our Nation's foundational principle that our law applies 'to all, without regard to numbers, wealth, or rank,'"  quoting State of Georgia v. Brailsford, 3 U.S. (3 Dall.) 1, 4 (1794).

Credit to Above the Law for their initial write-up.

In a useful model opinion published last week, the American Bar Association has provided some clarification about whether it is unethical to hit "reply all" when responding to an email from a lawyer who has copied his or her client when messaging opposing counsel. The ABA suggests that copying a client on an email to the other side creates implied consent for one's adversary to reply to all recipients, even if direct communications might otherwise be prohibited.

In most jurisdictions, it is unethical for a lawyer to contact an opposing party who has counsel; such communications must be sent to the opposing party's attorney to avoid undue influence and circumvention of the legal protections of representation. Questions arise, however, when a lawyer sends an email to opposing counsel and includes his or her client (i.e. the sending lawyer's client) on the cc line. Is it permissible to reply all? Given how much we love to grandstand and pontificate in our profession, many lawyers always reply all to garner the biggest audience, but is that unethical? Conversely, is it practical to suggest that a lawyer receiving an email has a duty to comb through a (sometimes lengthy) list of email recipients to sort out who might be represented parties, perhaps guessing at who might own unfamiliar domains and email addresses?

In my own practice, I have seen three examples of responses to such emails. First, many will hit reply all out of habit, without ever noticing that adverse clients might be included. Second, some will take the time to parse out non-attorneys from the cc line and limit their responses to the original sender or other counsel. Third, a few will deliberately take the opportunity to bypass the wall of legal representation and speak directly to an adverse client, notwithstanding the possible ethical violation.

Under the ABA's new opinion, any of these options would be permissible. If an attorney wishes to avoid opening up his or her client to receiving emails from an opposing lawyer, then the attorney should take care to always email his or her client separately, not on the cc line of a message to the other side. While it may be tempting to copy one's own client when arguing to the other side, such emails may constitute implied consent for the opposition to reply back directly to the client.

While some of this risk may be mitigated by leaving clients in the blind copy (bcc) line, that is not ideal either. Copying clients on external emails is almost always a bad idea. Even if the opposing lawyer declines to reply all, and even if the client is hidden on the bcc line, the risk is always present that the client will accidentally reply all, which presents a far worse problem insofar as a client sending private comments to opposing counsel may constitute waiver of attorney-client privilege. It is a much better practice to wait until after an email has been sent, then forward a copy to the client in a separate thread.

The opinion--which is not binding but may have persuasive force--also notes that, while consent can be implied, this is not absolute. If for example, a lawyer advises the opposition that copying a client is not intended as permission to reply all, that would defeat the implied consent. Such advisement should be clear, and merely including a boilerplate disclaimer in an email signature may not suffice. I cannot imagine many situations in which one would want to copy a client while also disclaiming consent to reply all, though this could arise where parties are seeking digital signatures using software (e.g., DocuSign, AdobeSign, etc.) that must be sent directly to the document signatories in order to verify their identities. In most cases, so long as there is no technical requirement to copy the client directly on an email, it would remain preferable to email the clients via a separate thread.

The full text is available at the following link to Formal Opinion 503.

ABA members can also find further discussion of the new opinion online from the ABA Journal. 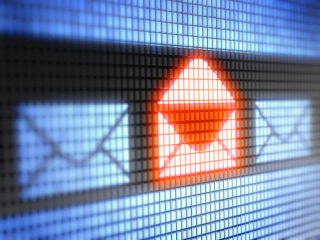 I have another new article up at Frascona, this one dealing with the major overhaul of CCIOA's enforcement provisions that the Colorado General Assembly passed this session. Karen Radakovich and I put together this summary of the key provisions taking effect this month.

Writing this, I was reminded of the April Fools post I wrote ten years ago. This one is for real, though, and it remains to be seen how homeowners associations will handle these changes.